Embark on a journey with Ressource to far-away lands with this collection of 55 shades whose names will remind you of the cities great explorers used to dream of!

For many centuries, colorings which were usually minerals were sold in a similar way to spices. Warm colors were often created in countries where the light is strong. For centuries, the East has fascinated the West after having troubled it for a long time. Shimmering India came to us through England, Mediterranean colors came through the Ottomans and the Arabs who invaded all of southern Europe.

We felt compelled to render the influence the East had on the West with this beautifully colorful range. All these paints, which were often pigments diluted in limewash, were simply splashed onto the walls. It is rare now to find any traces in old farms in Spain, in Italy or in the South of France but it is still common all over North Africa and in India. Smooth the product using a limewash brush to give it its rope-like finish. 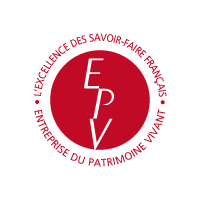